When you look back at all the many different tools and methods that have been used to dab concentrates, it can be hard to believe that so much evolution has occurred in such a short amount of time.

Just four years ago, we were making our own step-by-step video on how to properly use a dome when taking a dab. It wasn’t long thereafter that titanium and ceramic domeless dab nails took over the top spot for a few years.

While they are still highly functional, the new king is quartz.

Quartz bangers, and the variants of that design, are now preferred for their ability to convey the truest translation of terps to your taste buds. With a torch and a directional flow carb cap, the quartz banger is unrivaled in aesthetic form and awesome function.

To get the most flavor and awesome effects from their concentrates, most dabbers want to vaporize at low temperatures. If the nail is still glowin’, you shouldn’t be goin’…ya gotta wait! Domeless quartz dab nails can vary greatly in size, shape, wall thickness, base thickness, etc. So once you determine the exact amount of time to heat the nail, and then let it cool , you’ll get fat, tasty dabs every single time.

So the tools of dabbing have definitely changed, and so have the best methods.

Right now, in the spring of 2018, here is the step-by-step guide on how to take a proper dab, from your friends at The Dab Lab.

WHAT YOU’LL NEED – Most items can be found at TheDabLab.com!

*RECOMMENDED: A comfortable seat & something to drink

STEP ONE – Cleanliness is Next to Godliness

There is nothing worse than having a buddy pull out his bong or dab rig and it looks like some sort of science fair experiment gone wrong on the inside. Don’t be that buddy. Always make sure that the rig or bong at least gets dumped, and ideally cleaned, at the end of each day. Fresh water goes in to start each new sesh – your taste buds, and your real buds, will thank you.

With all of the items listed above within arm’s reach, it’s time to load your concentrate (your dab) onto the dabber tool. If you are new to dabbing, but you have seen people doing huge dabs online or at events and you think that looks fun, slow down. Believe it or not, a dab the size of a BB can produce an immensely euphoric effect. But take too much, and well…it won’t be so fun.

We recommend a dab of roughly .03 grams to begin. That gives you somewhere around 30 dabs out of one gram of concentrate, and like we said, it will work. The size of your dabs will grow as you get more comfortable with the process and as your personal tolerance builds.

Using your torch, direct the tip of the flame away from your rig to heat the bottom of the dish of your quartz banger until it begins to glow slightly orange, from the bottom up. At this point, shut down the torch and begin the cooldown timer according to what nail you are using and what temp you like your dabs at. "But why wait for the nail to cool down?" If your asking yourself that question right now, check out our blog about Low Temp Dabbing and How to use a Carb Cap.

STEP FOUR – Just Do it

The most common method for applying the often sticky dab to the heated nail surface is to press it against the quartz wall across from the neck joint air flow hole that leads back to the rig. It should melt off of your dabber tool and make its way down to the dish surface where it will begin to more thoroughly vaporize. No stirring necessary. 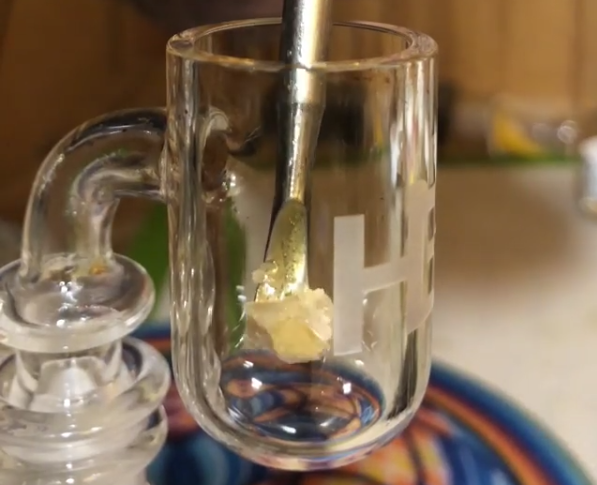 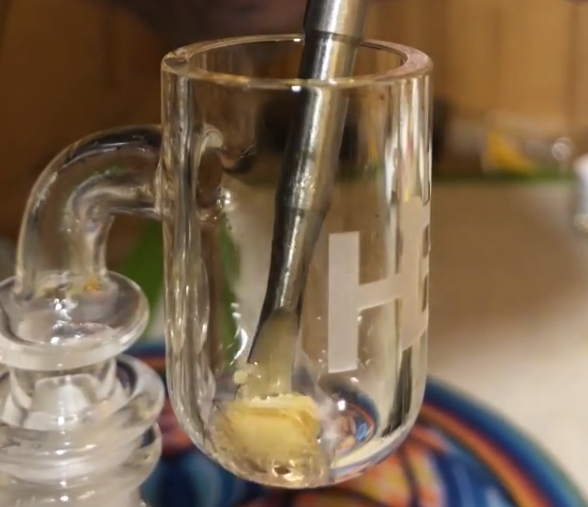 With your concentrate starting to vaporize, its carb cap time. A properly paired carb cap will form a “glass on glass” seal with the rim of the head of the quartz bucket. This changes the air pressure in the banger and induces more convection vaporization of your concentrate. A good directional flow carb cap will allow you to manipulate it by spinning it and plugging/unplugging the air hole. This action will chase the vaping oil around the dish surface for the most optimal and waste-free dabbing experience. 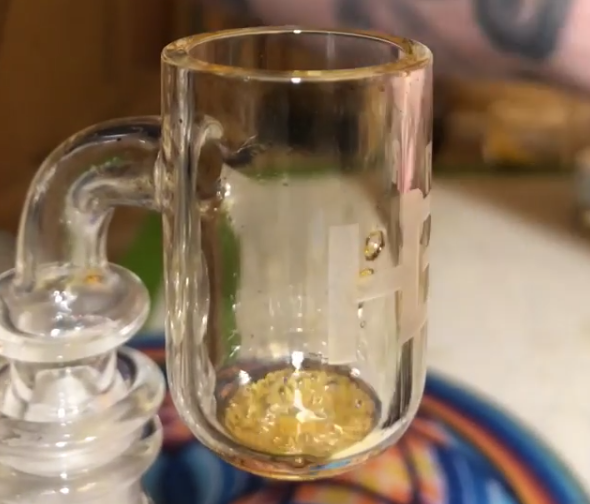 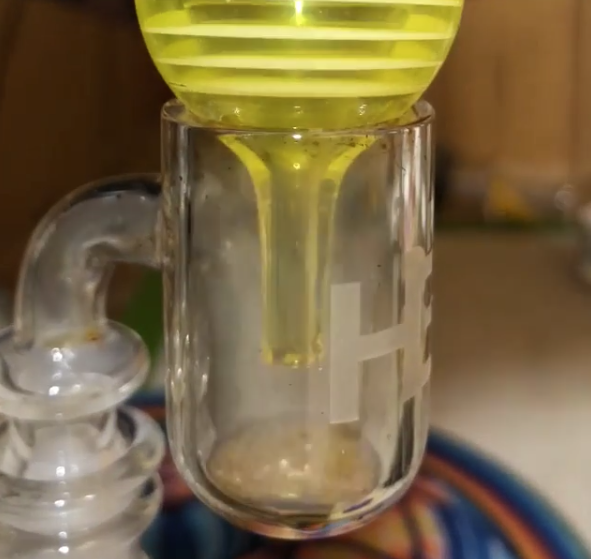 Lift the carb cap to clear the tasty vapors from the chamber of the rig, then replace the carb cap on the quartz banger and rip it again! You can repeat this process to get up to five really good tokes off of one solid dab.

Check out our Carb Cap Compatibility Master List to make sure you get the best one for you and your setup.

Another popular twist on the technique these days is the use of various forms of inserts, typically also made of quartz, that are placed into the quartz bucket to further stimulate proper vaporization.

Separate quartz dish inserts allow you to pre-load your dabs and just drop them in the banger and can help keep the much pricier banger itself sparkling clean. See our recent blog to learn more about How to Use a Quartz Insert.

Similarly, quartz “pucks” and other shapes can be dropped into the dish of any quartz banger to essentially halfway mimic a thermal core quartz banger.

STEP SIX – Remember What We Said About Cleanliness

After you exhale and gather your wits again, but before the dish of the banger cools all the way down, use Tip Tech Swabs, or some sort of cotton swab to wipe down the entire inner dish and walls of the quartz banger. Especially when you are enjoying low temp dabs, a reclaim-like residue remains after each one. This step will clean all of that up to ensure that your next dab will be unaffected by the last one’s leftovers.

If you see a blackish residue, you likely didn’t let your nail cool down enough after heating it. Reheating with a torch can often remedy this. Then adjust your timer settings on both the heat up and cool down of your quartz banger.

If you took our advice about the comfy seat and the cool beverage, you’re extra stoked.

Ready for another dab? Just repeat the process!

Well, there you have it. Like we said this is how it’s done in 2018 but as fast as this whole thing has moved in the past four years since our first How to Dab blog and video, there’s no telling what our next guide might look like!

So you know that The Dab Lab has today’s best glass, gear, and accessories… and whatever the future brings, we’ll bring it to you!