Last year my dog, Doja (see pic below), started to have issues with his gut. His symptoms were very bad. He had diarrhea and bloody stools. Sometimes he would even squeal when defecating. He started to not eat his food and when he did he would shake in discomfort.

After visiting the vet, we starting treating him with antibiotics, which did not help. So we then we tried changing his food. I did a bunch of research and decided to make him homemade meals. I tried tons of additives like probiotics, digestive enzymes, etc. It was expensive, but worth it if it would make Doja feel better. We did that for a couple months, but he was still having the same issues.

At this point our vet had diagnosed Doja with Ulcerative Colitis. Instead of jumping straight to more drugs, we decide to try one last thing, a prescription dog food specifically for dogs with these issues. Unfortunately, it did not work either. And at this point Doja had lost quite a bit of weight and I was starting to freak out. Finally we tried prednisone, which is an anti inflammatory steroid. Bingo. It worked!

It wasn’t the greatest solution, because prednisone isn’t “good for you” , but it was better than Doja suffering everyday. So I began to give Doja prednisone daily to keep his intestines from flaring up. 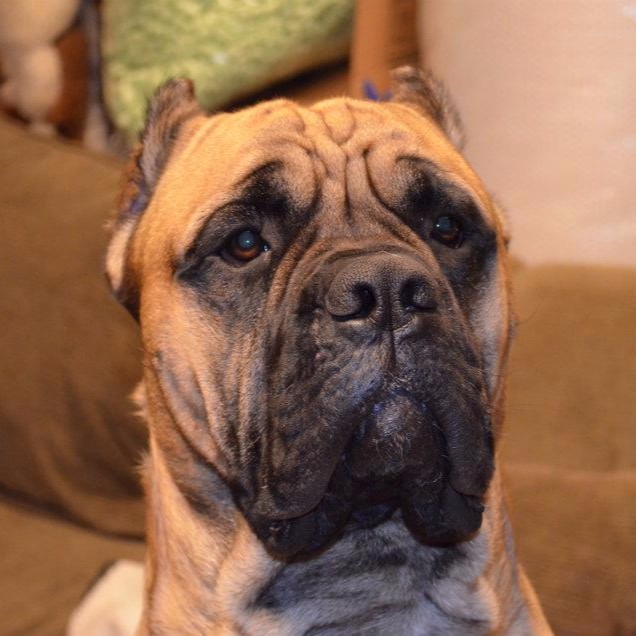 A few months later, I was petting Doja and noticed the skin on the back of his neck felt “stiff”. So I took him to the vet again. My vet took a sample and came to the conclusion that is was “hardened fat”. It appeared to be some sort of flare up. So he decided I should increase his prednisone dosage for a little and see if it helps. A couple weeks later I brushed him and noticed tons of flakes coming from the back of this neck, I inspected and notice a crust had formed. Unfortunately, brushing him, scratched this area a bit and irritated it pretty badly.

I took him to the vet again and we shaved the area to get a better look. The vet thought it was a “hot spot” and that it should heal over time and told me to continue with the prednisone. So I kept a close eye on it and it appeared to begin scabbing over and healing. But the more time that when by it started looking worse instead of better. I kept going back to the vet and at a certain point the vet agreed it did seem to be “spreading” and not healing. So we did further expensive tests. They had to do surgery and cut into Doja’s skin for testing.

When the test came back, the vet determined that was happening was Calcinosis Cutis, which is basically calcification of the skin. One of the causes of this issue is overuse of prednisone. So obviously we immediately took him off prednisone before he turned into a lizard dog.

Now that he was off the prednisone, we had to worry about his gut again. I hoped that maybe he would just be ok, but that was wishful thinking. Soon after weaning him off the prednisone, he began to eat less and less and shake again when he did eat. He even stopped wanting to go for walks. I had to try something different. Changing his food didn’t work and we could no longer use prednisone. We had to try something else to reduce the inflammation. I even considered curcumin from turmeric, but after much research I wasn’t convinced.

Being in the cannabis industry, I heard a lot of stories about the healing power of CBD. During this time Ben started having a conversation with the owner at Fully Activated about getting some of their products on The Dab Lab. He mentioned how all of his pets were on CBD and the benefits they received from it. We had already heard that CBD was anti-inflammatory so I decided I should try it. So I began giving Doja 30mg capsules of Fully Activated Full Spectrum CBD Oil every day. I did that for a month and noticed a slight improvement. He was eating more and shaking less, but he still wasn’t back to normal. 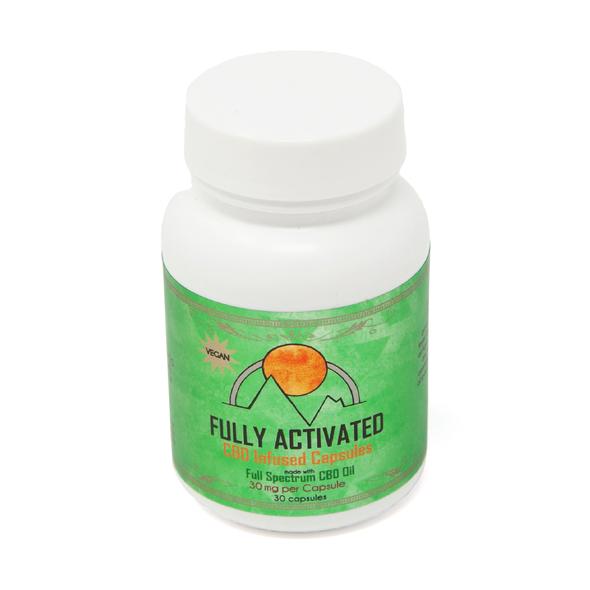 After the first month I decided to try and double the dose. This is when we started to notice big improvements. Doja started to eat all his meals and was no longer shaking after eating. After a full month of 60mg doses Doja starting to go on walks again. I had to coax him at first, but once he gained his confidence back he was pulling me down the street!

It was nearly unbelievable how an oil from a plant with zero negative side effects could help my dog so dramatically. I want to be clear, Doja is not cured, but his quality of life has dramatically improved and he rarely has flare ups anymore. I am extremely thankful for how much CBD oil has helped Doja live a comfortable life.